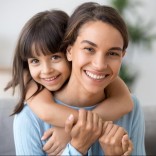 As a mom of two, I wanted to share my…

Setting Up Parental Controls on an iPhone

As of 2020, the college debt in the USA is at a remarkable 1.56 trillion dollar figure.

There is no such thing as planning early for your child’s college fund. If you begin working on a college fund early, you’re giving your money more time to accumulate and generate returns for you.

In this article, we’re going to discuss why colleges are expensive to begin with, how much you can expect for colleges to cost in the future, how much you should save, and what to invest the college fund in.

Why is college so expensive?

This is a two-part answer, and the blame falls on the U.S government, as well as the competitive nature between colleges or universities. For the majority of the 19th and the 20th century, getting higher education in the US was an attainable goal for any student that was willing to pick up a part-time job, but that’s no longer the case.

Student debt is NOT dischargeable

Why does this law matter so much?

It makes student loans low risk for creditors. Creditors can issue student loans with low fear that they won’t see a full repayment since it’s not possible for a person to discharge this particular debt.

This is why we see companies such as Sallie Mae issuing student loans to the tune of hundreds of thousands of dollars to a person because they have minimum fear of being repaid.

To add to this, back in the 1950s the US government began offering student loans. Today, it is insanely easy to be approved for a government student loan to a tune of $31,000.

Schools want to attract the best

If you’ve stopped by a college campus recently, you’ll notice that there are always new buildings and new construction underway. Colleges continue to expand their campus and attempt to have state of the art facilities to draw in prospecting students.

For example, let’s take Hardvard vs Yale. Everyone knows that either one of these schools are fantastic, and nearly everyone would love to be admitted to either one. Well, if a student has the credentials to choose between the two, what’s the tiebreaker?

Excessive spending towards new and better programs at either school is how each school attempts to solve that tiebreaker.

Just to give an example, about eight years ago I found myelf on the campus of Fordham University. I had a chance to stop by their “Business Center” for a few minutes, and I noticed that they had a whole room (30+) equipped with Bloomberg Terminals. These terminals cost $24,000 per year to rent. That’s $720,000 per year in subscriptions towards Bloomberg Terminals.

Now, if you’re a student that has specific interests in fiance, then choosing a university that gives you an opportunity to work on these terminals is a fantastic experience.

This is where we can tie in our first point, to the current one.

Since it’s so easy to get access to student loans, colleges have little reason to not raise tuition at an insane rate, since the student will simply get a loan to pay for that tuition. The more money a college charges for tuition, the more money they have towards expanding their campus.

To drill this point further, think of it like this, if student loans didn’t exist, colleges and university would have to drop their tuition costs dramatically, otherwise no one would be able to afford to attend. But since it’s so easy to access student loans, they can simply keep raising tuitions.